“When I was a boy and I would see scary things in the news, my mother would say to me, 'Look for the helpers. You will always find people who are helping.'” —Fred Rogers

How can we be the helpers? In response to recent events in the United States, now is a crucial time to think about how we’re teaching our children—and ourselves—to combat racism. Below is a growing list of resources from PBS and trusted partners to use as tools to support anti-racist learning and growth.

PBS AMERICAN PORTRAIT
Your story may be included in a featured collection of personal stories from Americans grappling with racism and its impact, past and present. PBS AMERICAN PORTRAIT will air two new specials this fall and a four-part docuseries in January 2021 that spotlight American stories, including how the far-reaching impact of the events of 2020 have affected our everyday lives. 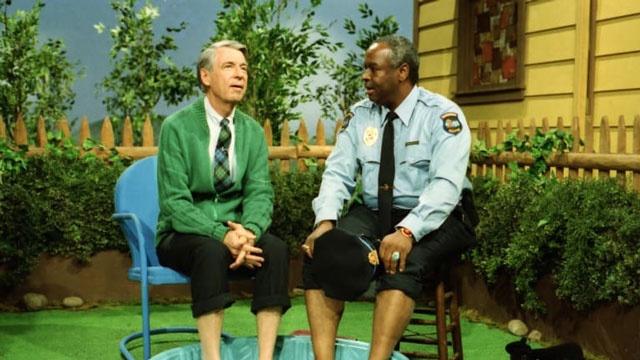 Videos about Race and Diversity

The Color of Conscience: Human Rights in Idaho

A documentary about past and present human rights issues in Idaho

One of FRONTLINE's most requested programs -- a teacher's lesson in discrimination.

PBS Press Release: PBS to Address Race and Racism in America Through Broadcast and Streaming Content

Streaming on PBS and IdahoPTV Passport

THE AFRICAN AMERICANS: MANY RIVERS TO CROSS
A chronicle of African American history, from the origins of slavery on the African continent through more than four centuries of remarkable events.

AMERICA IN BLACK AND BLUE 2020
Report from across the country, and include interviews with key leaders and participants in the struggle for racial justice, accountability and equity, as well as voices from law enforcement.

BLACK AMERICA SINCE MLK: AND STILL I RISE
A detailed exploration of how the civil rights movement impacted the country, including successes and failures related to political and economic equality.

FRONTLINE “Policing the Police”
Examines allegations of abuses within the Newark Police Department and the challenge of fixing its broken relationship with the community.

INDEPENDENT LENS “Always in Season”
A grieving mother embarks on a quest for racial justice after her teenage son’s suspicious death.

INDEPENDENT LENS "The Black Panthers: Vanguard of the Revolution"
A riveting look at an earlier era of conflict and how the Black Panthers provided community services while advocating for more radical national change.

INDEPENDENT LENS “Charm City”
Get to know the people on the front lines of three years of unparalleled violence in Baltimore.

INDEPENDENT LENS “I Am Not Your Negro”
Explore James Baldwin’s unfinished book about race in America in this Oscar-nominated documentary.

INDEPENDENT LENS "Tell Them We Are Rising"
The essential role the nation’s historically black colleges and universities (HBCUs) play in shaping black life.

INDEPENDENT LENS "Winnie"
A complex portrait of Winnie Mandela—the woman, the paradox, both exalted and villainized in the eyes of history.

JOHN LEWIS – GET IN THE WAY
Follow the courageous journey of John Lewis, from his youth in the segregated South, through his leadership within the civil rights movement, to his current role as a powerful voice in Congress.

RACE MATTERS: AMERICA IN CRISIS: A PBS NEWSHOUR SPECIAL
A focus on the frustration pouring out onto American streets, outrage about police brutality, and America’s deep systemic racial disparities in the economy, education, criminal justice system and health care, especially during the COVID-19 pandemic.

RECONSTRUCTION: AMERICA AFTER THE CIVIL WAR
Four-part series that explores the transformative years when the nation struggled to rebuild itself in the face of profound loss, and African Americans forged a new, more equal place in American social and political life, only to face the backlash of segregation and institutionalized disempowerment whose legacy persists today.

THE TALK: RACE IN AMERICA
Six stories of struggle between people of color and law enforcement in America.

For more resources like these, visit the PBS LearningMedia collection Confronting Bias: Ethics in the Classroom.

The collection Confronting Anti-Black Racism includes news coverage of recent protests, videos on the origins of the Black Lives Matter Movement and protests against police brutality within the past decade, iconic PBS documentaries on the histories of race and racism in America, and activities addressing civic engagement and elevating students’ voices.