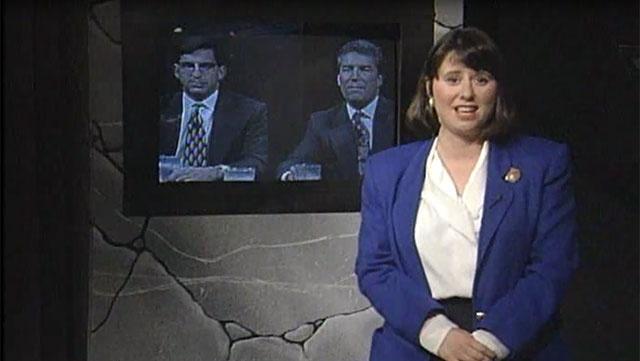 Dialogue on Idaho Public Television: 25 Years of Conversations that Matter

By producer and host Marcia Franklin

THE BEGINNING
On November 8, 1994, the "Republican Revolution" swept America, with the GOP securing majorities in Congress, statehouses and governorships.

Two days later, on November 10, 1994, I discussed the election results with Bill Mauk, then the chairman of the Idaho Democratic Party and Mike Reynoldson, the executive director of the Idaho Republican Party at the time.

It would be our first Dialogue program.

Twenty-five years and quite a few gray hairs later, I'm proud to say we've produced more than 850 episodes of Dialogue. Whether it’s been a conversation with a politician or a poet, I like to think they’ve all been “conversations that matter,” our moniker.

Dialogue started because after covering the legislature for several years, I was frustrated that I had to stop covering consequential stories after the session was over. Idaho was growing, and I felt there were enough robust topics for a new weekly show.

We were fortunate to receive funding from the Laura Moore Cunningham Foundation, which still makes our program possible. Seeking to include viewers from around the state, we created a live call-in line for them to pose questions to our guests or to express their views. (I'm dating myself when I say that the "Dial" part of Dialogue was a pun on dialing a phone!)

Joan Cartan-Hansen came on board as the other producer and host, and our team also included directors Ricardo Ochoa and Al Hagenlock, as well as our able phone screeners and camera operators.

We would go on to delve into the growing militia movement, including the Oklahoma City bombing and the Ruby Ridge shootings. In a particularly heated conversation, then-Ada County Sheriff Vaughn Killeen debated Samuel Sherwood of the U.S. Militia Association. Other early topics included welfare reform, the farm bill and the debate over increasing the state’s minimum wage.

In a special hour-long program, we analyzed an anti-bearbaiting initiative on the ballot. That show garnered more than 3,000 calls. Programs on Idaho wildlife issues generated some of the most phone calls in our history.

It was important to me to cover environmental issues, as well as mental health concerns. I also tried to have at least one program a year focused on veteran’s issues. Joan hosted many informative programs on education and health care.

And of course, the bombings of September 11, 2001, and their aftermath, including the war in Iraq, would be the focus of many programs.

Dialogue has always been a place where guests can discuss complex topics. In 2006, I was pleased that the show won a regional Emmy for one such conversation, a program on the complicated Nez Perce water agreement. The program has garnered numerous other awards as well.

We haven’t shied away from topics that involve our station, either. For instance, we produced a special hour-long program on the controversial national PBS documentary It's Elementary. That film had prompted some members of the Idaho legislature to threaten to defund us. We received more than 4,000 calls for that Dialogue, the most ever.

A CHANGING LANDSCAPE
Around 2009, we started seeing a decline in phone calls, in large part because people were taping programs and were not watching live "appointment" television as much. So in March 2012, Joan hosted our last program with live phone calls.

In July of that year, Joan would leave Dialogue to devote her energies to her lively science program for children, Science Trek. I learned so much from her over 18 seasons of Dialogue and still appreciate her insights.

From the beginning of the series, I’ve enjoyed interviewing authors and bringing their work to viewers. So when Joan moved on, I refocused Dialogue on humanities issues, which include discussions with writers, filmmakers, historians and other "thought leaders.”

TODAY’S CONVERSATIONS
For 15 years, the Dialogue team and I have been attending the Sun Valley Writers’ Conference and taping interviews there, and every year we record a conversation with the keynote speaker for the Idaho Humanities Council’s Distinguished Humanities Lecture.

You can stream all of our conversations with authors on a comprehensive site called the Dialogue Authors Collection. Or you can narrow that down and watch just the interviews at the Sun Valley Writers’ Conference. You can also watch many of our other Dialogue episodes at IdahoPTV's main online video player. Many thanks to the Idaho Public Television staff members who encode our programs, an essential component of the series.

Surely, the advent of video streaming is one of the most consequential changes I've seen in the past 30 years as a broadcast journalist. I think it's critically important, not only because it provides the ability for viewers all over the world to watch our programs when they want to, but also because it is an archive for future researchers.

THANK YOU
And last, but certainly not least, I’m grateful for our thoughtful and engaged viewers. Whether you stop me on the street with a kind word, send a handwritten note or type out an email (all of which I keep), your support is greatly appreciated. When I host a program, I hope you get the sense that I’m having a conversation with you, as that’s how I feel. Thank you.

Conversations that Matter. That's the motto of Dialogue, a regional Emmy Award-winning series on Idaho Public Television. It’s hosted by Marcia Franklin, who has produced the program since its inception on November 10, 1994.

The series, which now numbers over 850 shows, originally covered current affairs issues and was hosted by both Franklin and Joan Cartan-Hansen. Since 2012, it has focused on the humanities, presenting conversations with authors, historians and "thought leaders" from Idaho and around the world.

New episodes air Fridays at 8:00 p.m. MT/PT from November to January on the Idaho Channel. Those programs also repeat Sundays at 11:00 a.m. MT/PT. In addition, the series, including encore episodes from past years, can be viewed on our Plus and World Channels. (Check the Idaho Public Television schedule for exact times.)

You can learn more about upcoming and past programs in the Dialogue Episode Library. All Dialogue interviews with authors, dating back more than 25 years, can be viewed in the Dialogue Authors Collection. You can also stream conversations from the Sun Valley Writers’ Conference.

Dialogue is funded with a generous grant from the Laura Moore Cunningham Foundation. 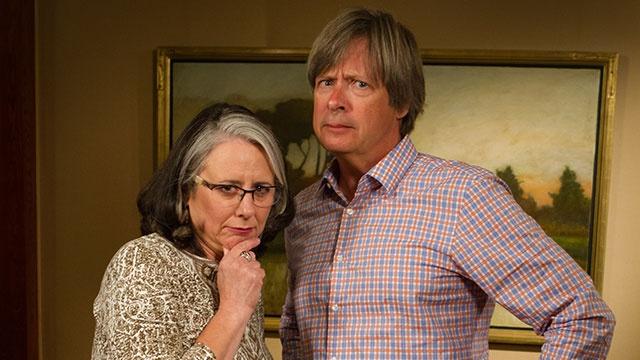 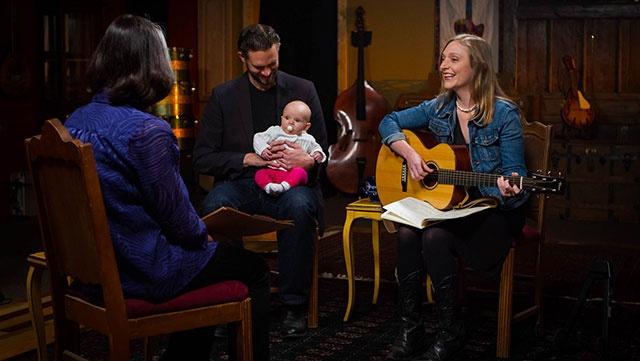 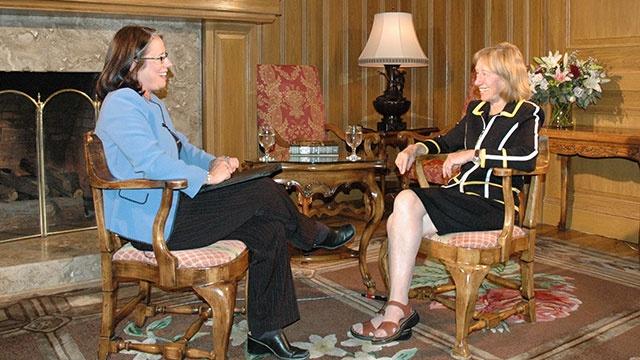 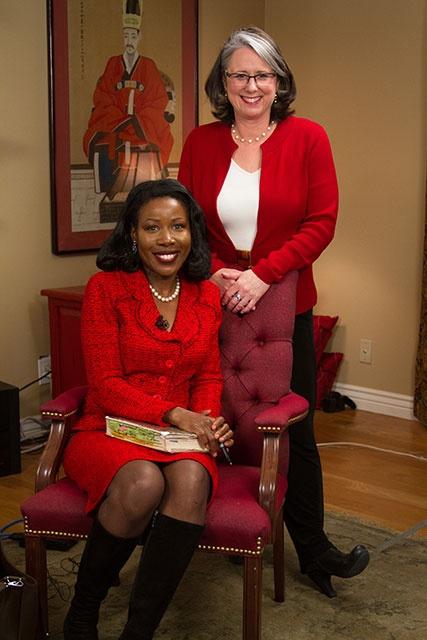 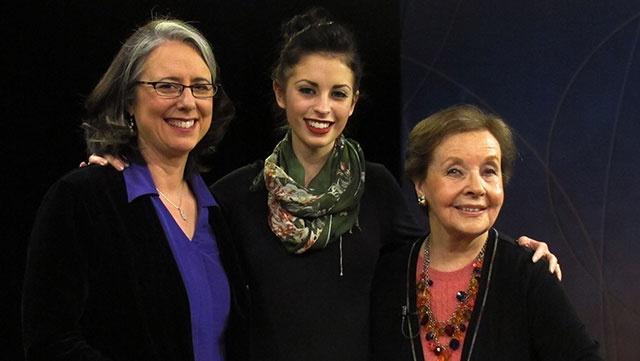 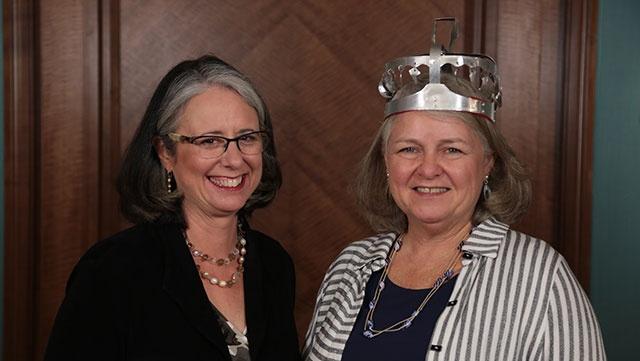 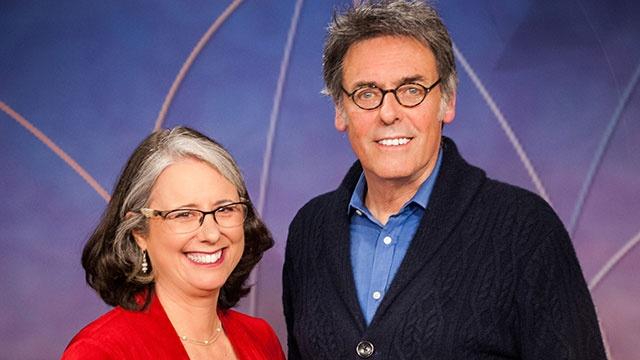 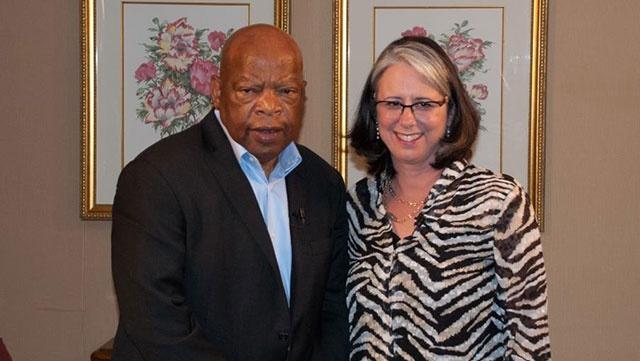 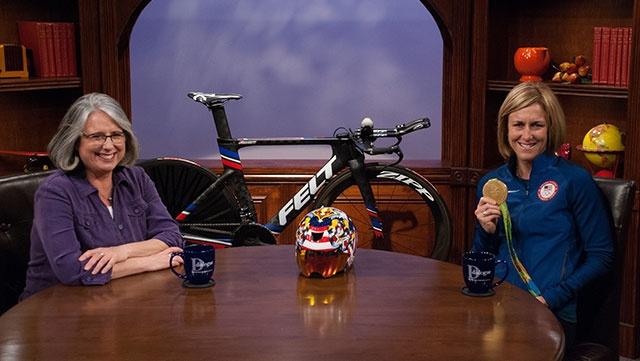 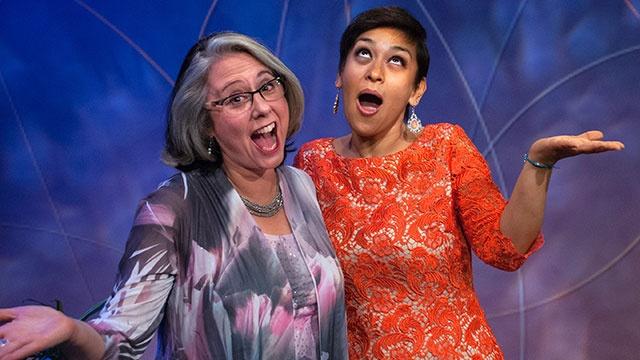