The UN Refugee Agency estimates that 65 million people worldwide have been displaced from their homes by war and persecution. It's the largest forced migration of humans since World War II. On September 19th, 2016, the United Nations General Assembly hosted its first high-level summit on the global movement of refugees and migrants, with the goal of developing a better system for responding to the crisis. The next day, President Obama also convened a summit about refugees.

Leading up to those two events, Marcia Franklin talked with David Miliband, the President and CEO of the International Rescue Committee, a humanitarian and resettlement agency working in the Middle East, Africa, Asia, Europe and the United States. The IRC has an office in Boise.

Miliband discusses the causes of the mass migrations, concerns over Syrian refugees and terrorism, and ways he’d change the current system. A former member of the British Parliament, and the U.K. Foreign Minister from 2007-2010, Miliband also talks with Franklin about how "Brexit" might affect his country, and whether he’d like to return to Britain to help lead that nation.

Creating 'Game of Thrones,' Part One 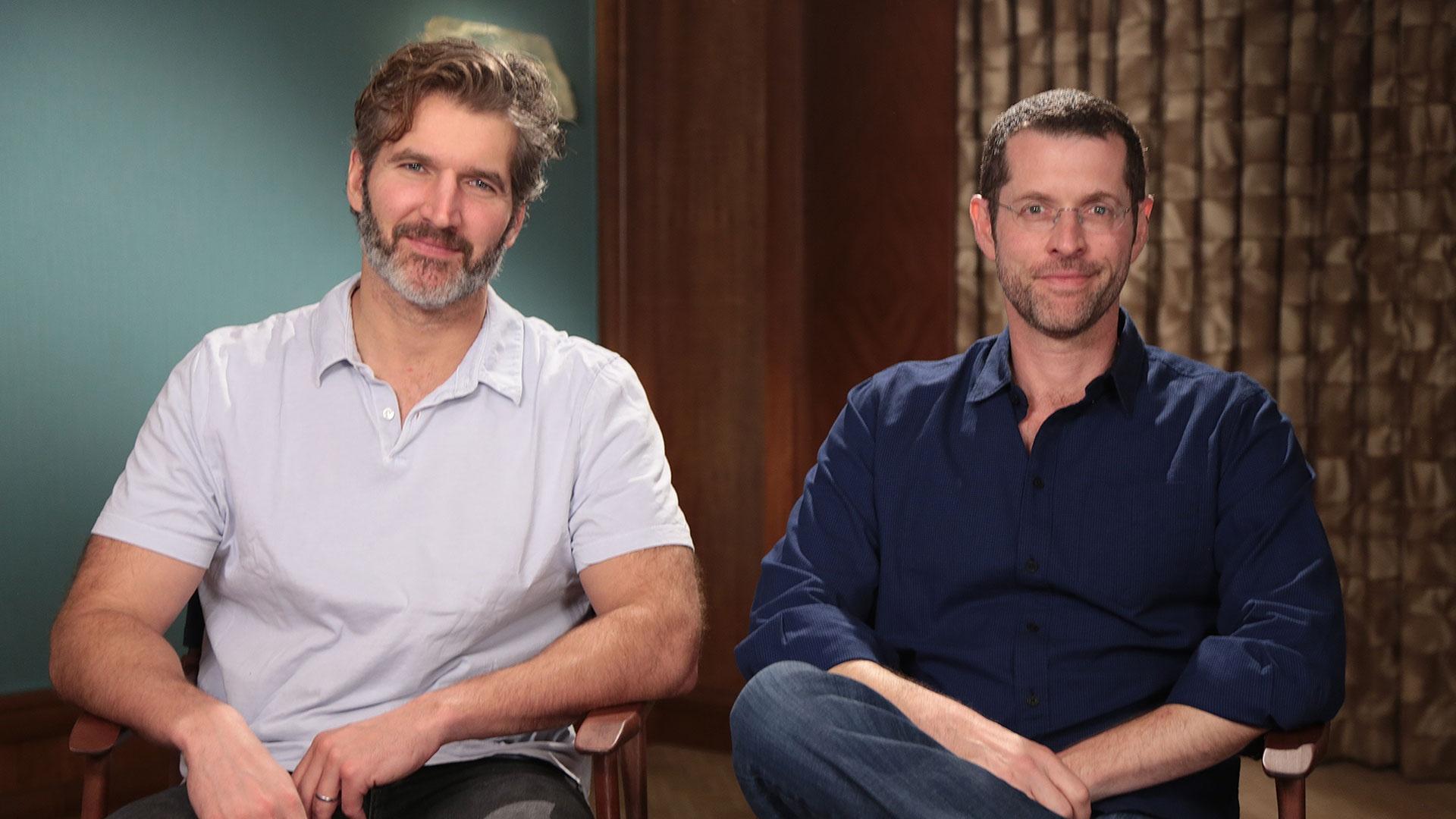 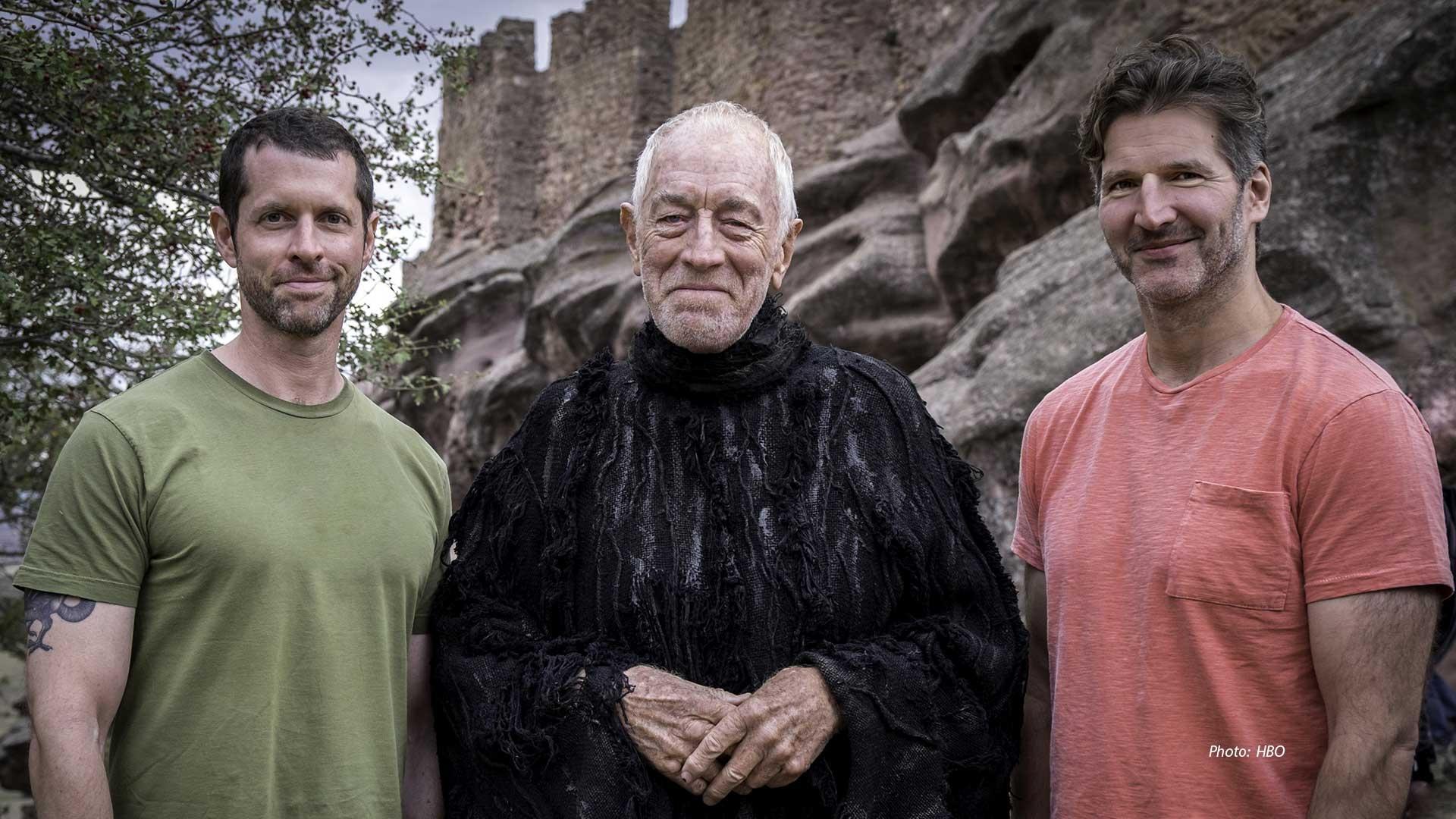 In the first part of her conversation with David Benioff and D.B. Weiss, the co-creators, lead writers and showrunners of “Game of Thrones,” host Marcia Franklin talks with the duo about why they were inspired to create the series, what they think of criticism that the shows are too violent, how they work together, and how they’ve dealt with the fear of the unknown on such a complex project.

HBO’s “Game of Thrones,” about to start its seventh season, has won more Primetime Emmys than any other scripted series on television. It’s based on the fantasy novels of George R.R. Martin.

David Benioff and D.B. Weiss, In this continuation of an interview with David Benioff and D.B. Weiss, the showrunners for the HBO series “Game of Thrones,” host Marcia Franklin talks with the two about the effect of the multimillion dollar program on the countries in which they film, the technological breakthroughs it has achieved, what they’d like the legacy of the series to be, and their next project. And…dragons!

HBO’s “Game of Thrones,” about to start its seventh season, has won more Primetime Emmys than any other scripted series on television. It’s based on the fantasy novels of George R.R. Martin.

In the Spotlight: Walter Robinson

In this edition of Dialogue, host Marcia Franklin talks with Walter Robinson, the editor of the Spotlight team at the Boston Globe that won the 2003 Pulitzer Prize in Public Service for its investigation of sexual abuse by clergy in the Boston Archdiocese. A movie about the team’s efforts, Spotlight, won the Academy Award for Best Picture in 2016.

Robinson, who is now editor-in-large at the Boston Globe, discusses the stresses involved in the investigation, why he believes it was so important, and what he thought of the film. The interview was taped at the 2016 Sun Valley Writers’ Conference.

Related Links:
Boston Globe page on its investigation of the Boston Archdiocese

Voices in the Ocean: Susan Casey

On this edition of Dialogue, author Susan Casey talks with Marcia Franklin about her newest bestselling book, Voices in the Ocean: A Journey into the Wild and Haunting World of Dolphins. Franklin talks with Casey about her fascination with dolphins, their unique abilities, the threats against them, and the people trying to protect them.

Casey, a former competitive swimmer, has written several books about the ocean. They include The Wave: In Pursuit of the Rogues, Freaks, and Giants of the Ocean, and The Devil's Teeth: A True Story of Obsession and Survival Among America's Great White Sharks. She has a long history as a magazine editor as well, including serving as development editor for Time, Inc, creative director for Outside Magazine, editor-in-chief of Sports Illustrated Women and editor-in-chief of O, The Oprah Magazine.

This Dialogue features an interview with Claire Vaye Watkins, an award-winning novelist and short story writer. Watkins, 32, won the Story Prize and the Dylan Thomas Prize for her collection of short stories, Battleborn, and is also the recipient of a Guggenheim Fellowship. Her most recent work is the novel Gold Fame Citrus. Watkins is currently an assistant professor in the Helen Zell Writers’ Program at the University of Michigan.

Host Marcia Franklin talks with Watkins about the themes of her works, many of which are set in the arid West, and the nexus between her life and her stories. Watkins’ father, Paul Watkins, who died when she was six, was an associate of convicted murder Charles Manson, and the two talk about how his life has figured in some of her writing.

In an Extra available online, Watkins discusses her interest in writing more about class and inequality, as well as the young writers' camp she and her husband started in Nevada called the Mojave School. Another Extra features Watkins discussing her controversial essay about writing, “On Pandering.”

Marcia Franklin talks with author Jamaica Kincaid about her life and work.

On this week's Dialogue, Marcia Franklin talks with author Jamaica Kincaid. Kincaid, born Elaine Potter Richardson, grew up on the island of Antigua. She came to the United States as a teenager to be a nanny. After becoming interested in writing, she changed her name, and eventually became a staff writer for The New Yorker for 20 years. She is currently a professor of African and African-American Studies at Harvard University.

Known for her biting commentary on society and her own family, Kincaid is the author of many books of fiction and non-fiction, including The Autobiography of My Mother, Lucy, My Brother, A Small Place, Annie John and My Garden Book. My Brother was a finalist for the National Book Award.

In their far-ranging conversation, Franklin and Kincaid talk about her career, her philosophy of writing, race relations in America, Brexit and gardening.